‘SIDE BY SIDE’ HUMANITARIAN AID TO REFUGEES – a charitable fundraiser by IAN SHAW Fri 10th August 2018 6.00-7.15pm St Marys Stage (not included in weekend ticket)

LINEUP: IAN SHAW SOLO vocals, keys, stories, and spontaneous stuff.
We are very fortunate that Ian – between gigs in Canada, The USA, and Italy, as well as touring Britain – is able to appear. This is in part, because Ian has fond memories of playing Brecon Jazz Festival in the past.
Read about the artist / buy tickets / read about the charity – all below…
WHAT THEY SAY: So do not miss this ”masterly vocalist… one of the finest singers in contemporary music [as he] interprets some of the greatest songs of the last 50 years” (Bruce Lindsay, All About Jazz 2012, quoted in The Vortex 2013).

“Shaw’s ability to sear away the extraneous, cut to the emotional heart of a song and build inexorably without melodrama or self-aggrandisement toward the moment a lyric gives itself up to us remains astonishing.” (Andy Robson, Jazzwise, March 2016)

Ian Shaw’s journey from St Asaph, North Wales to International singing star via stand up comedian, producer and broadcaster is spectacular. After a music degree, he honed his performance skills on the alternative comedy circuit alongside Julian Clary, Rory Bremner and Jo Brand, and it shows. Be prepared to be fulsomely entertained.

As The Guardian says: a “gifted, technically awesome and theatrically witty singer whose improvisational skill and gambler’s instinct” engage you fully. Ian has twice been “Best Jazz Vocalist” at the BBC Jazz Awards and is praised by many “as the greatest male jazz singer Britain has to offer.” (Christopher Loudon, Jazz Times, US Feb 2012).

Ian begun to work tirelessly in the Calais ‘Jungle’, befriending refugees and supporting whatever was most urgently needed, from his own pocket. He even used his car as an ambulance to rush an injured refugee to hospital. It was there that Ian and ‘Side by Side’ first met and a strong partnership developed resulting in Ian becoming a Trustee of the charity. It is entirely typical of Ian, the humanitarian, that he is donating his time for this fundraising concert, for free. 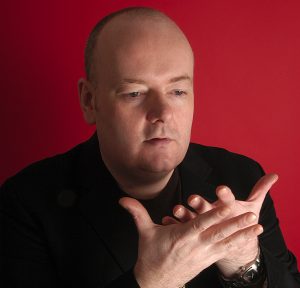 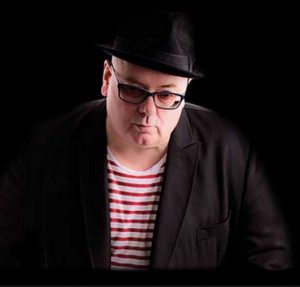 Pay Pal EVENTS check out below – for more than one go to the Tickets page.

THE CHARITY
Side by Side – Humanitarian Aid to Refugees was started in 2015 by two extraordinary “ordinary mums” reacting to the pictures of dead toddler Alan Kurdi. They gathered donations of bedding and clothes and headed to Calais where they found many thousands of refugees existing in awful conditions. Since then, Side by Side’s many volunteers have supported refugees with shelter, food, education, first aid and care, often focussed on the more vulnerable families and children. The initial focus on Calais has extended to include Dunkirk and Paris.
The continuing crisis has attracted much support from the entertainment world, Side by Side’s Patron is actress Ann Mitchell, well known for Widows and as Eastender’s Cora Cross. Their Ambassadors include Tanita Tikaram, multi-media artist Natacha Horn and author and illustrator James Mahew. To find out more please visit www.sidebysiderefugees.org or follow them on Facebook: Side by Side : Humanitarian Aid to Refugees.

John Anderson of Brecon Jazz Club & Side by Side is the organiser and curator of this concert.

Acknowledgements: Side by Side are immensely grateful, in organising this event, to: Fr Steven Griffith and St Mary’s PCC for the use of the church, to Angus Kings, Lynne & Roger of Brecon Jazz Club for sound, artist support and promotion, Jenny Anderson and family for help and support, and Jenny Smart from Bobbins of Brecon for assistance with ticketing.