LIANE CARROLL, ‘SIDE BY SIDE’ FUNDRAISER – Fri 9th Aug 6pm

(not included in the discount weekend ticket pass)

LINEUP: LIANE CARROLL SOLO vocals, keys, stories, and much more.
Liane has been a pillar of the British jazz and soul scene for over thirty-five years, and we are very fortunate that she has found time to visit Brecon in between a very busy summer schedule.

What they say:
“a gifted, technically awesome and theatrically witty singer whose improvisational skill and gambler’s instinct” The Guardian 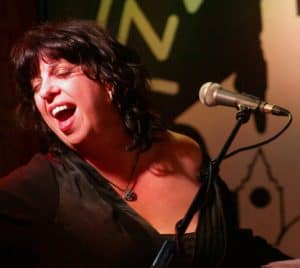 Born in London and raised in Hastings, Liane Carroll has dedicated herself from the outset of her career to creating a deep and abiding connection with audiences. Today, she performs all over the world, and is without exception admired and loved, not just for her exceptional talent and versatility, but for her ability to truly interpret a song.

Along the way, Liane has collaborated with many and diverse artists – Paul McCartney, Gerry Rafferty, Long John Baldry, Ian Shaw, Claire Martin OBE – and drum and bass outfit ‘London Elektricity’ with whom she headlined in 2016 at Finsbury Parks Hospital in the Park festival. She appeared with them again at Glastonbury Festival 2017.

Equally at home in intimate jazz venues and vast performance spaces, Liane took part in the BBC Late Night Proms in the summer of 2016, performing at The Royal Albert Hall with the National Youth Jazz Orchestra Of Scotland. She is a great supporter of young and emerging artists and much in demand by youth orchestras, ensembles and colleges for her inspirational approach to teaching. Liane runs regular workshops for aspiring vocalists and also teaches at the famous Guildhall School Of Music and Drama.

Event not included for holders of a Jazz Weekend or Day Tickets Passes (but must booked separately). Use our Ticket Link to pre-book – no booking fees.
Discount Cards & Membership – via our online box office CLICK_HERE. 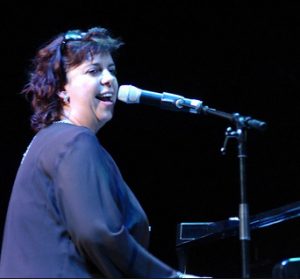 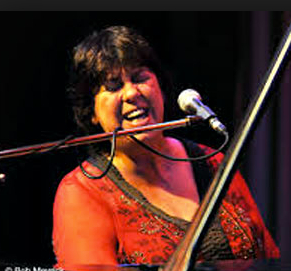 THE CHARITY
Side by Side – Humanitarian Aid to Refugees – was started in 2015 by two extraordinary “ordinary mums” reacting to the pictures of dead toddler Alan Kurdi. They gathered donations of bedding and clothes and headed to Calais where they found many thousands of refugees existing in awful conditions. Since then, Side by Side’s many volunteers have supported refugees with shelter, food, education, first aid and care, often focussed on the more vulnerable families and children. The initial focus on Calais has extended to include Dunkirk and Paris. The continuing crisis has attracted much support from the entertainment world: Side by Side’s Patron is actress Ann Mitchell, well known for Widows and as Eastender’s Cora Cross. Their Ambassadors include Tanita Tikaram, multi-media artist Natacha Horn and author and illustrator James Mahew. To find out more please visit www.sidebysiderefugees.org or follow them on Facebook: Side by Side : Humanitarian Aid to Refugees.

John Anderson of Brecon Jazz Club & Side by Side is the concert organiser & curator.

Acknowledgements: Side by Side are immensely grateful in organising this event, to: Fr Steven Griffith and St Mary’s Church for the use of the church, to Lynne & Roger of Brecon Jazz Club & Festival for sound, artist support and promotion, Jenny Anderson and family for help and support, and Jenny Smart from Bobbins of Brecon for assistance with ticketing.