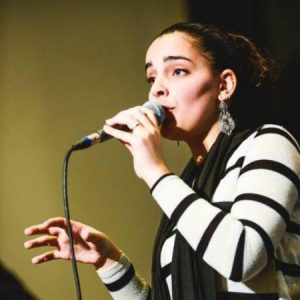 This amazing Portuguese/Brazilian and Welsh lineup perform the wonderful rhythms of Bossa Nova and South America‎ – music that makes you want to dance, telling the stories of love and experience. Lyrical and life affirming, authentically played and sung by this stunning quartet, these are sounds to chill out to over the weekend.

Ocaso is a bossa nova quartet based in Cardiff and a group of professional musicians who are all RWCMD jazz performance graduates/postgraduates or teachers. They play Cuban and Brazilian-influenced Latin rhythms. Inês sings in Portuguese and Spanish, as well as in English. Three of the band speak Portuguese as their first language. Formed a number of years ago, where each musician also has other jazz/music projects and lineups, ‘Ocaso’ which means ‘sunset’, is a highly popular and authentic Latin-jazz quartet. Their artistic ability and musical talent are highly rated by the public, as is their exceptional audience communication and rapport. Despite the international nationalities, the members of Ocaso all have strong links to the city of Cardiff and specifically the Royal Welsh College of Music and Drama.

Inês Castillo is originally from Portugal, now also a graduate of the College’s celebrated Jazz Course. She is becoming one of the leading musicians on the Welsh scene, with authentic Portuguese/Spanish vocal and percussive work in presenting the music of Cuban and Latin styles.

Pedro Asencio was born in Peru and brought up in Portugal, before graduating from the RWCMD and settling in Cardiff. He is an admired pianist and busy musician in demand for several different lineups, especially with Latin rhythms. 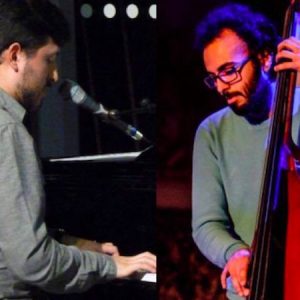 Matheus Prado was born in Brazil and raised in Spain. He graduated with a Masters degree at RWCMD in Cardiff and is established on the Welsh jazz scene, performing in many lineups as well as leading his own bands.

Mark O’Connor is a legendary presence on the Welsh jazz scene, and drummer of choice for big name touring musicians, he also teaches at RWCMD. Mark also has a passionate interest in the musics of Brazil and Cuba in particular.
BUY TICKETS HERE FIRST THEN RETURN -> 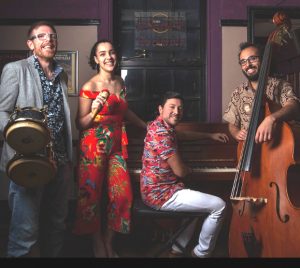 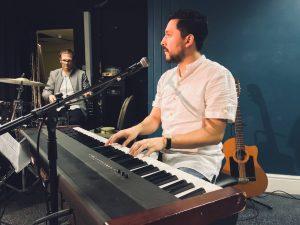