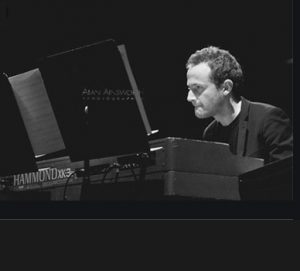 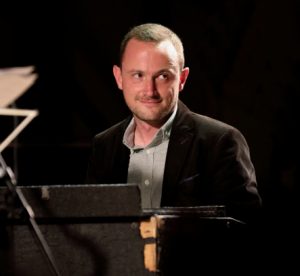 Ross’ soloing is steeped in complex harmonic changes and is universally revered by both fellow musicians and the wider listening public alike. After an organ scholarship, he completed a BMUS degree in classical and jazz piano at Guildhall in 2004. Ross’s skills have kept him in high demand, playing with people such as Will Vinson, Guy Barker, Joel Frahm, Liane Carroll, Stan Sulzman, Steve Arguelles, John Paracelli, Bobby Wellins, Clark Tracey, as well as being a regular member of the Jim Mullen and Nigel Price Organ groups.

Erika Lyons Erika’s first musical experience was learning the cello at school. She then taught herself double bass and was a student in the Ray Brown masterclass on BBC tv at the time.  She spent two years living in New York and studied with Rufus Reid, Buster Williams and Hal Galper whilst gigging with many New York musicians. One of the most respected and in demand jazz musicians around, Erika has worked with numerous artists, performing in festivals and jazz clubs in Europe in America as well as UK ; she has also made many recordings, radio broadcasts and TV appearances.

Steve Brown Steve began playing drums at age 14 in his home city of Manchester, and by the time he was 23 had become the first-call drummer on the Northern scene. Later, based in London, he worked with many of the world’s finest musicians, including Benny Golson, Benny Green, Junior Mance, John Bunch, Monty Alexander, Tina May – and of course, from 2000, with  Scott Hamilton. Today, Steve is one of the foremorst drummers of UK jazz, the ‘first call’ for an impressive array of jazz stars, with his assured swinging playing, and hugely popular with audiences everywhere.